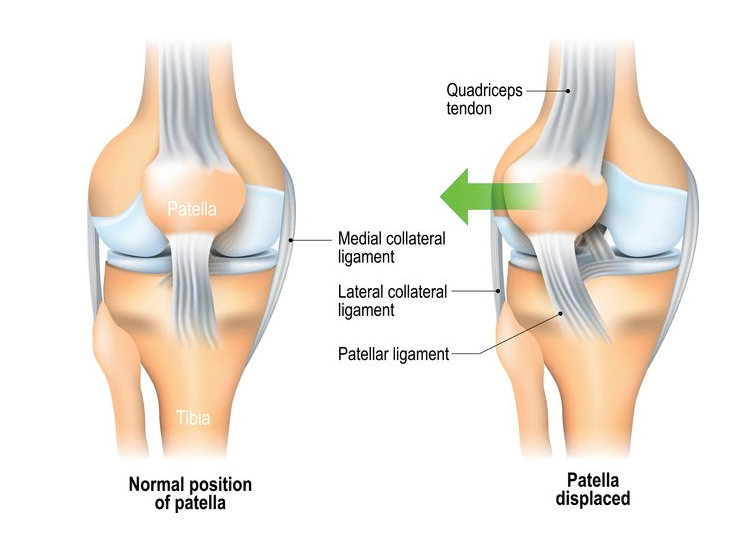 Patella dislocations are far more common than we thought previously. It is commonly assumed that an athlete who has felt a pop during an injury has torn their ACL. It is now clear that some percentage of athletes have dislocated their patella. These injuries are known to be as painful as ACL tears, and they need immediate attention to be sure that the athlete has a chance of returning to sports.

When your knee lets out a loud pop and you are on the ground, unable to walk and are wondering what you just injured in your knee. A pop felt while playing could mean that you have dislocated your patella or kneecap. Many a times, these knee injuries cause a snap or a pop and most of us think of ACL tears when we hear the story, but most often, patella, or kneecap dislocations are also highly common.

The patella or kneecap floats in a certain position in the front of your knee and travels up and down in the femoral groove. It is held in position by the muscles and ligaments. After a severe injury, it is likely for the kneecap to dislocate and come out of its groove. During sports, turning and twisting can put a lot of stress on the kneecap. Most people are highly unaware of the fact that athletes who felt a pop in the front of their knee while playing sports actually had a dislocated patella. The kneecap is also commonly known as the patella.

A patella dislocation often occurs when the bone slides out of a groove which is responsible for holding the kneecap in place. A dislocation of the kneecap can often lead to long term health issues such as cartilage injury, recurrent dislocations or arthritic change. The treatment of a kneecap dislocation and whether one should opt for a surgery or not, entirely depends on various health issues of a patient.

When Are Specific Physical Interventions Needed To Treat Pain?

When can I Return to Sport after ACL Injury?